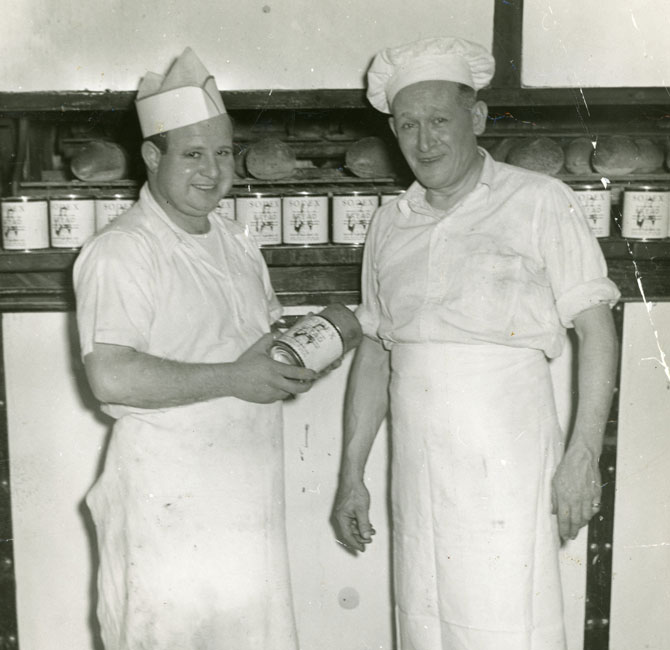 Brothers Ben, Julius, and Carl Davis founded Davis Bakery in July of 1939. The first location was on South Taylor Road in Cleveland Heights. The brothers kept a promise requested by their father to never use lard in any of the bakery products. To this day, that promise has been honored. Working with a tight budget, the brothers did not have enough money to purchase a commercial mixer; therefore, their first mixer was coin operated, requiring quarters to be inserted before each use. Eventually, this is how the mixer was financed. A combination of sharp business acumen and vast knowledge and experience in baking, put the brothers’ company on the path to success.
The brothers were quite the pioneers in their industry, as they were the first bakery to incorporate delicatessens into their retail outlets. Also, Davis Bakery became the first in the country to place ovens in satellite locations, which enabled the company to offer hot, freshly baked product to customers all over the city. In the early 1960s, Davis Bakery acquired two bakery chains, which increased the number of retail outlets to 39 throughout northeast Ohio.

With increased competition from grocery stores, management began to scale back on the number of stores to focus more on the growing institutional end of the business.

The second generation, comprised of Sam Perkul, Shelly Davis, Janice Davis and Joel Davis, had a combined 130 years of experience in the industry. Today, the second, third and fourth generations, represented by Joel, Stu, Jay and Matt, are working together to maintain our legacy and share our passion for handcrafted bakery products with the region. So whether you love our Russian Tea Biscuits, coconut bars, old-world Jewish rye bread or hot corned beef sandwiches, we continue to adhere to the standards set forth by our predecessors. We let “The Taste Tell the Story.” 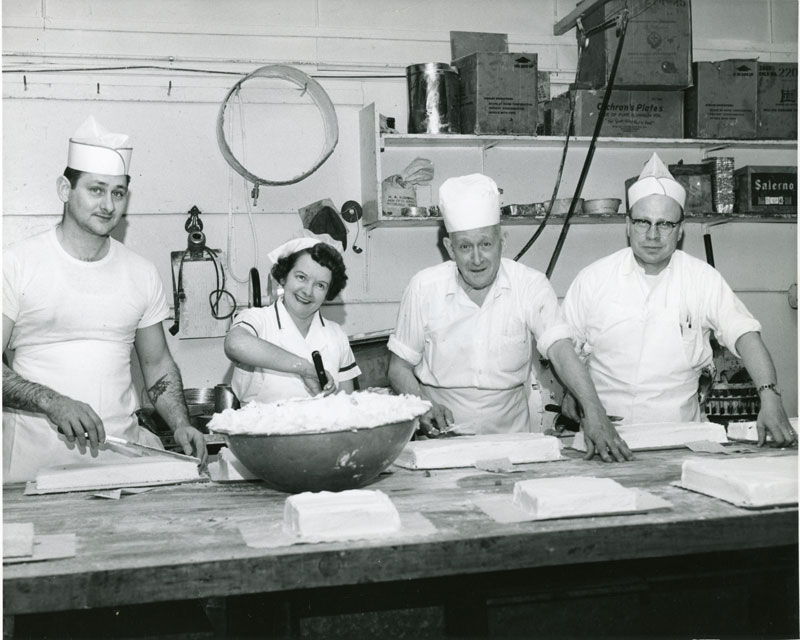 In order to better serve our loyal patrons, you can feel free to call in your order ahead of time. Please note during peak hours, call in orders may require longer wait times, as we are working hard to provide superb service and quality eats to those patrons standing directly in front of us. Furthermore, we are also partnered with DeliverMeFood.com, Uber Eats and Doordash if you would like food delivered directly to your home. You can also feel free to call us for more information about our in-house delivery options. We want to help!

Thank you for 83 years and counting!

$15 Flat-Rate Shipping on Most Items

flat rate shipping does not guarantee the delivery time.